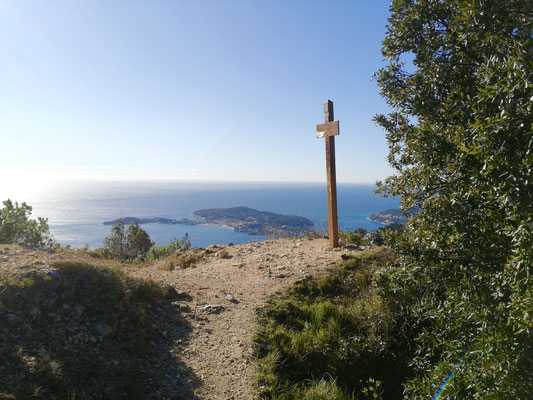 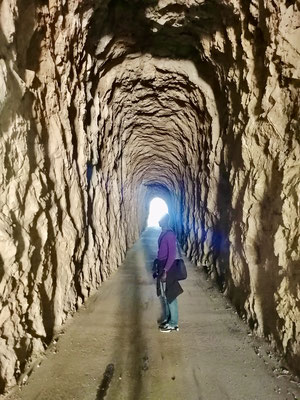 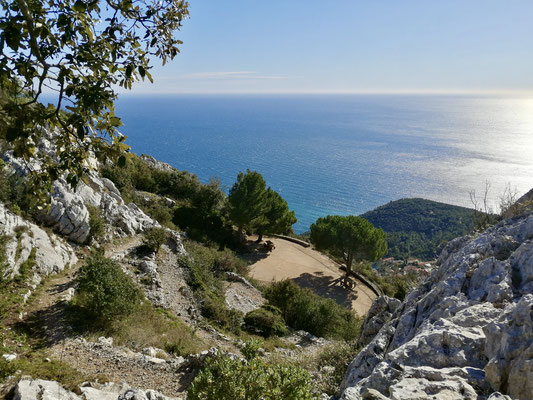 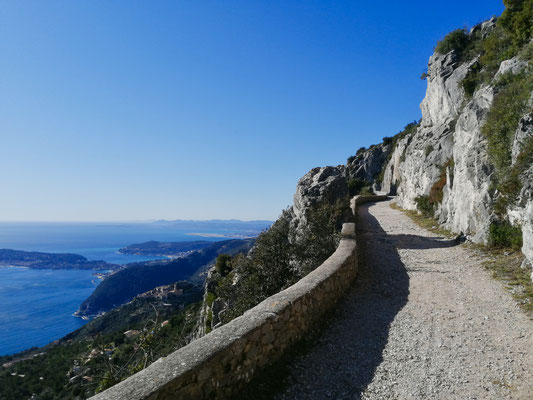 The greatest E-Bike Tour to follow the most exceptional routes which reveals the most beautiful panoramas of the French Riviera from the closest hills, from the Sea to the Alps, from Low to Grand Corniche. A vertiginous ascent from sea to sky unveiling a brightful green coast & its natural parks rich of monuments, ruins & fortresses. You will appreciate Nice & the French Riviera like never, under unexpected facets, passing from fortresses to natural parks, from ruins to monuments, and marveling after every corner belvederes of unmatched beauty embracing faraway horizons: from Italian Riviera to the gulf of Saint Tropez.

We will start our E-Bike tour with a ride around the Port Lympia to contemplate its fishermen's typical and colorful boats, to join after a prehistoric cave, rich of archaeological finds from the Paleolithic. After a short explanation, we will climb the Cap de Nice passing between the most prestigious and fanciful villas, jewels of the Belle Époque period. We will cross one of the emblematic hills of Nice with plunging and very spectacular views of the Baie des Anges, then a Natural Park following pathways in the middle of Mediterranean forests and we will bypass several military forts from the end of the 19th century then a renaissance fortress from the 16th century, part of the strategic defense system of the Duchy of Savoy. A great moment to take advantage of some panoramic viewpoints.

Then, we will continue our ride passing by off-the-beaten tracks roads & pathways. After, we will propose you a short 25 minutes hike to reach the top of an even higher hill, where remains of one of the oldest Neolithic village had been covered by vegetation.


We continue more & more uphill up to reach the summit of the day at 700 meters above sea level, another emblematic military fort, following a great path winding between blocks and limestone tunnels, with a breathtaking orientation table, making you dizzy at 360° & revealing at a glance the highest peaks of the Alps and the whole extent of the Côte d'Azur. Probably the most spectacular belvederes of the French Riviera.

Before the pleasant end, a long freewheeling downhill... the perfect relax time after the climb !


A COSMIC AND BEWITCHING TOUR FROM THE SEA TO THE SKY!


OPTION: Guided tour of the Observatory of Nice (only on Wednesdays and Saturdays, departure at 1 p.m.): + 20 € per person.

Optionally, an opportunity to visit, with an expert guide, a unique monument  in the world combining the geniuses of Belle Époque architecture such as Charles Garnier and Gustave Eiffel, and Astronomical Science (250 researchers) to understand the formation of planets and gravitational waves.

(Between 12 and 17 years old, to avoid any danger, we require a prior discussion with the parents to discuss the teenager's ease on the bike, possibly to agree on a safer route)