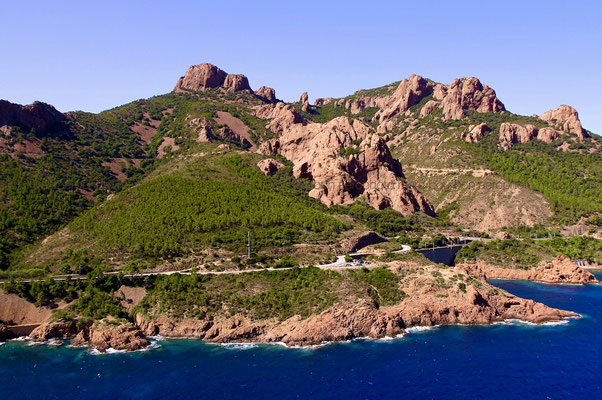 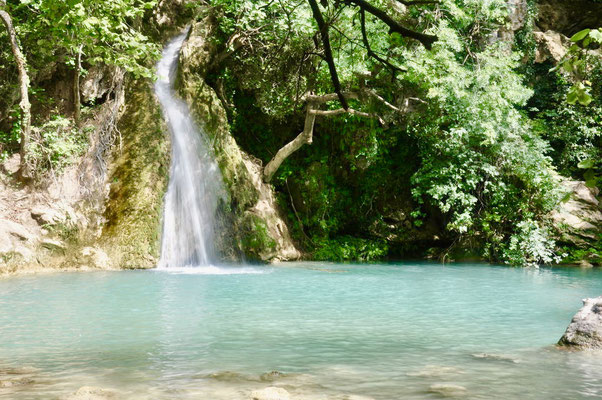 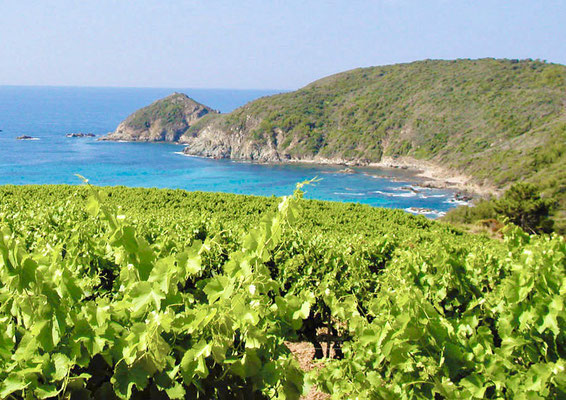 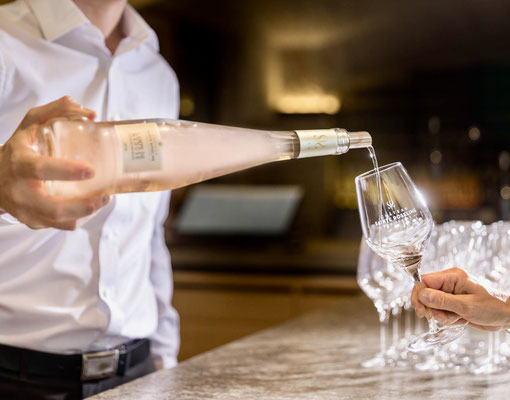 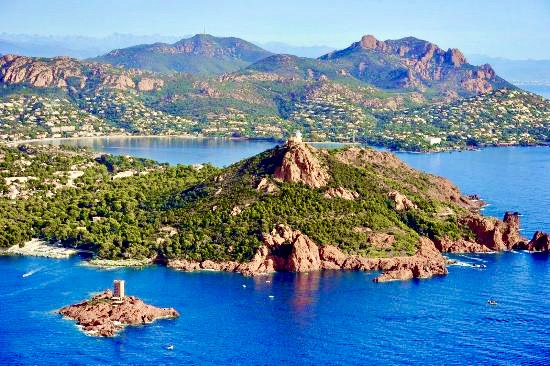 An extraordinary Getaway by Minivan full of surprises in the heart of Estérel Mountains & the wild Var Coast, a splendid itinerary criss-crossing the Golden Cliff Road & its jagged red rocks falling into turquoise sea punctuated by paradisiacal beaches & creeks. Let's then drive to Green Provence & the treasures of its countryside, the largest forest in France, also called the lung of South France, in the heart of which are hidden jewels of our historical heritage, amongst them one of the 4 more prestigious Abbey of France; and Castles where grows the best provençal vineyards.

After a quick panoramic tour of Cannes & its famous seaside Croisette known for its parade of International stars during the Film Festival, then we will go up on the promontory where is the old town and Suquet Tower stands to enjoy a marvellous 360° panorama overlooking Cannes, the Lerins Islands and Maures Mountains. Then, let's start the exciting & fascinating shoreline called "Corniche d'Or", probably the most spectacular coastline of the French Riviera thanks to its ochre jagged rock, wild and untamed, where the flamboyant red cliffs plunge into the blue of the Mediterranean.

You will be fascinated by the small paradisiacal beaches, extraordinary natural landscapes, breathtaking panoramas & astonishing villas, as you drive along this tourist route which was one of the jewels of the early French automobile, skirting the sea and its spectacular trainline. We will take the opportunity to stop and do some short walks to admire all the most beautiful panoramic points and exceptional natural spots. Let's finish our creative morning ride with Roquebrune sur Argens, its wild river & its millenary forest, reminding us Colorado Wild Landscapes thanks its famous & important Rock.

After lunch in a restaurant to taste the best Provençal recipes, we have 2 choices for the afternoon :

A visit to the Cistercian Abbey of Le Thoronet, known as "the most perfect example" of 12th century Cistercian Romanesque architecture with its pure and harmonious lines, one of the "3 sisters of Provence" along with the abbeys of Senanque and Silvacane. (Guided visit Duration: 1h30 Price: 8€/person).


Weather permitting, we can discover the magnificent setting of the Provence Verte by walking through oak and chestnut forests and vineyards to the troglodyte village of Cotignac or one of the most picturesque villages (Thoronet, Tourtour) or take advantage of being in one of the best wine-growing regions in the world to visit a vineyard and taste excellent wines (Château de Berne, Château de Saint-Martin, for the best known, but this area is full of good wineries).

If you prefer to continue discovering the coast, the Var coast near the Gulf of Saint Tropez and Ramatuelle offers the ecstasy of fascinating wild landscapes and sandy beaches unique for our region.


We will be able to continue towards the famous Saint Tropez, an important port known for its yachts, jet-set, nightclubs, star villas, luxury boutiques & French film shoots of the 60s. In addition to its splendour and excesses, Saint Tropez is a fishing and sailing village with a very rich & interesting ancient history (especially from a maritime point of view) and a very beautiful old town, with its medieval Citadel which offers a magnificent panorama over the rooftops of the city and its gulf. Then discover the unmissable natural sites near Ramatuelle which are not to be missed under any circumstances, such as an extraordinarily dense forest of century-old pines and small and large beaches of prized sand.

Ideas to add options in the most picturesque sights and villages of Green Provence :
- Frejus: the Roman Arena, the Villa Aurélienne, the Roman aqueduct and its Mediterranean park.
- wineries (wine tastings, visit of the cellar and wine-making tools and lunch in a winery possible on request)
- Port Grimaud is an accomplished and unique project of modern architecture, recreating a small Provençal Venice with a maze of canals and small bridges that are quite pleasant to stop at.
- Path of the 3 capes, Sillans waterfall, cliffs of Cotignac, Castle of Entrecasteaux, Lorgues, medieval hilltop village of Tourtour,  fairy house, chapel of Notre Dame du Glaive and its interesting panorama, Lake of Carcès